Where are we now? As promised, I would go back to writing. This paper was, originally, our assignment in Legal Forms. I waited for summer vacation before I publish this to avoid plagiarism. Here it is:

I highly oppose the suspension of barangay elections for this year.

“Suffrage as conferred by the constitutional provision is not a natural right of the citizens, but a political right intended to enable them to participate in the process of government to assure it derives its powers from the consent of the governed (Pungutan vs. Abubakar, L-33541, 20 June 1972).”

To suspend the election is to deprive the Filipino citizens of their political right to choose who will govern them. Last year’s suspension was justified due to amendments on the qualifications of body politics of Sangguniang Kabataan, which can pave way to a more efficient election. Apart from this, the fear of having to elect leaders despite the drug parlance in the country was considered, for drug money might be used by candidates for their campaign. But does Philippines need another suspension to delay these envisioned prejudices? Are we, again, depriving the nation to choose its new leaders and the citizens, themselves, their privilege to run for public office? A single suspension was enough. We need not to enslave our minds from fears of the unknown.

First off, the ongoing issues in illegal drugs are being tried, unlawfully. Extrajudicial and vigilante killings have become an “acceptable, “speedy” way to eliminate who they thought were scraps of society [when in fact life is in the highest in the hierarchy in Sec. 1, Art. III of the Constitution] Life was less valuable than that of an animal in a slaughterhouse. I submit that this remedy of the present administration increased even the number of crimes that the nation needs to address – Murder and Homicide. After all, they are also heinous crimes, aren’t they? Do they differ from the felonies in the Revised Penal Code just because a public servant does it in one way or another? Absolutely, not. Hence, using illegal drug parlance as another justification to suspend the barangay elections is inutile, a mere repetition on the delay of the administration of justice.

Secondly, to suspend the barangay elections is to extend the service of the incumbent officials. Some, if not all, have been using their bestowed duty and power to propagate their evil motives. It cannot be said that the present elected officials are not amiss in their duties to the people. Not only drugs, but graft and corruption continuously affect the growth of the nation. These leaders can aid the facilitation on the flow of drugs in prisons and camps, using bribes to favour or persecute. Thus, if the government really wanted to cleanse itself from all impurities, it has to start looking to what’s in-front of it before stepping into what’s next. More aptly put, the government needs to sterilize itself from abusive leaders in position, first, by conducting an election [to give electorates the option to lawfully remove them in position or to retain those who need to be retained in position] before stopping the inflow of coming leaders. This way, we are following the dictates of justice and equity guided by the Constitution.

Lastly, suspending the barangay election would deprive the grassroots levels of decentralization. Leaders are bred in the smaller governmental institutions. It is in the barangay level where the seemingly miniscule proposals sprout and drizzle the far-reaching ideals of the larger institutions like the National Government. Ergo, to stop the aspiring citizens to serve his people is also putting an end to the free exchange and advancement of leadership.

The 2017 barangay elections must forego. Let our voices be heard. Speak and act, Filipino. I now rest my case.

SEEK AND YE SHALL FIND.

Hi! I am Samantha De Guzman, a dauntless Filipina freely sweeping beyond the outskirts of law and arts, and gingerly swiping lip balms on a sunny day. Join me in this vastitude of life's ups and downs.

WHEN YOU REACH AGE 20, BIRTHDAY CAKES AND PARTIES ARE OLD SCHOOL. 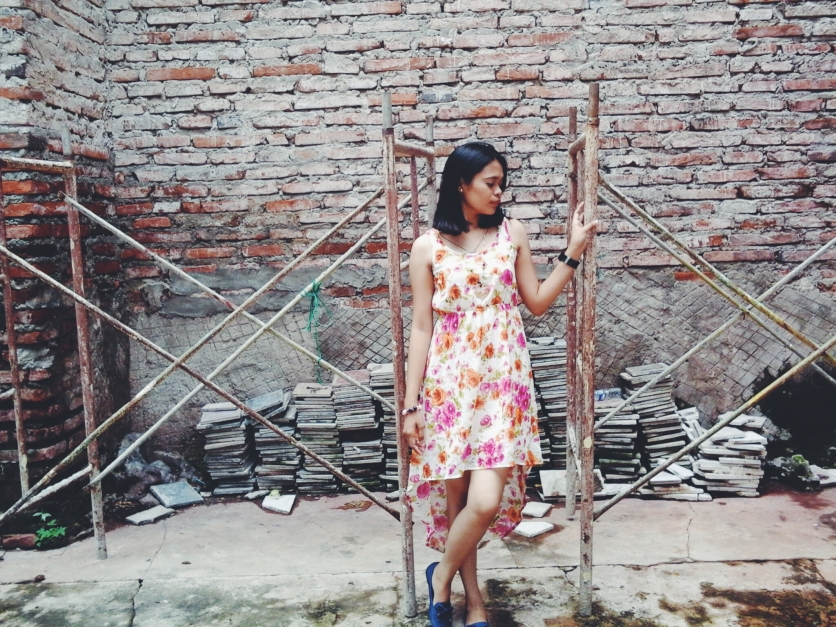 There was an error retrieving images from Instagram. An attempt will be remade in a few minutes.

YOU'RE MOST WELCOME, READERS!

SOMETIMES, I FORGET THE WORLD EXISTS.

The Girl You Left Behind
by Jojo Moyes
tagged: currently-reading